I’ve accomplished this little project back in 2016 when I had two Xbox 360 wireless controllers and a huge desire to use them with a PC. To do so, you have to have a wireless receiver, and there were 2 mainstream options on the market:

At that moment, I was short of money to get the first one and didn’t want to try luck with the second. Fortunately, if you dive a bit deeper into the topic and doesn’t afraid to do some soldering, there’s a third option - using an RF module from a broken Xbox 360 (later in the text I’ll refer to it just as “RF module”).

If you just want to build your own device, jump straight to the Building the device.

At the moment of working on the project thorough reverse engineering has already been done and documented. The authors figured out that the RF module communicates with Xbox 360 itself via 2 interfaces:

The USB connection is quite straightforward - you need to connect the ground and data lines and supply 3.3 volts for the power. Being connected to the PC, the RF module works exactly like the official wireless receiver, the only difference is the PID of the device, but after manually installing the official driver everything works as it should.

Connecting a control bus is more complicated, but there are a bunch of different options:

Bringing AVR to the table

I decided to use a microcontroller, and I wanted something that wouldn’t be overkill for this task. Fortunately, I had a few ATTiny13 laying around, which is more than enough for the given task. Also, I had a DIY development board based on ATMega16A, which was quite handy for working on the project.

To be sure that I implemented the communication protocol correctly and that my module wasn’t dead, I wrote the code that received a command via UART and sent it to the RF module. And it worked! Here’s a quick demo:

While testing different commands, I decided that the final implementation should allow to sync a new controller and to disable all the connected controllers. For doing so, I connected the power button from the RF module to the microcontroller too and implemented the following logic:

Initially, I implemented the new logic for ATMega16, and when everything was working as intended, I ported it to ATTiny13, which was a matter of just changing a header file and GPIO ports mapping. When the firmware was ready, it was time to build the final device.

Here’s the list of what you’ll need to build the standalone receiver:

If you haven’t worked with AVR or with microcontrollers in general, don’t forget that you have to flash the firmware to the MCU. There are plenty of ways to do so, I used FT232RL from the hardware and avrdude from the software side.

Here’s the connection diagram. The RF module’s connector is depicted as if you were looking on the front side of it: 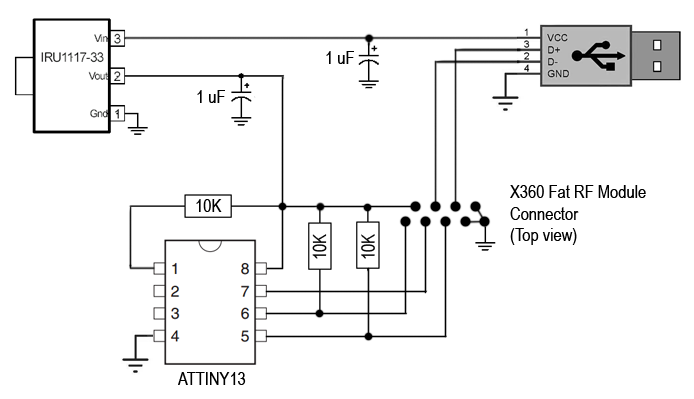 I decided not to bother with making the PCB and connected everything with hooking wires, covering all the dangling components with a heat-shrinking tube. After checking that everything works, I’ve zip-tied the receiver to the bunch of cables on the back of my PC and used it this way until moving to another city. I still have the device, and this is how it looks nowadays: 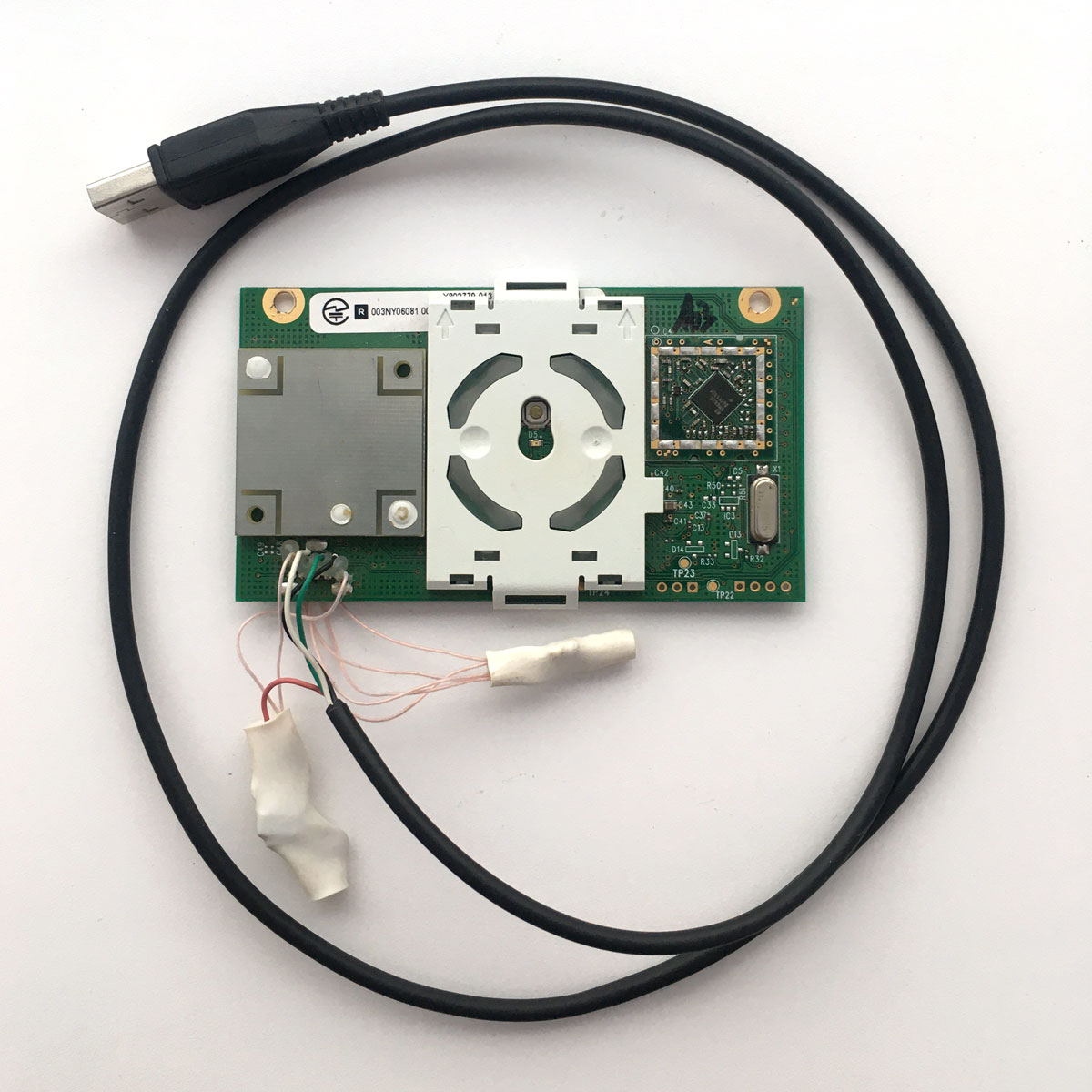 That’s how my desire to play some games motivated me to build something new!